Just like knowledge co-production, co-creation nurtures the intersection between Art & Science with a two-way dialogue between those who participate in the co-creative process. This interdisciplinary integration implies a constant communication between knowledges beyond disciplinary frameworks, by incorporating experience, visions and diverse ways of understanding science, art and knowledge in the co-creation process.

Thus, the Art & Science unit at SECOS is presented both as an area of ​​academic research for knowledge co-production, and as a more concrete interface for engagement with society through co-creation.

Two-way dialogue is in the spirit of all co-creation activities, focusing on realities of each community and territory in which SECOS investigates, and experimenting and learning in community. Several outreach activities, articulate and give continuity to initiatives that SECOS researchers have worked on for years, allowing longitudinal research on the impacts of Art & Science initiatives on society.

Co-creation around objectives and questions of social-ecological systems and rooted in learning platforms.

Collaboration with local, regional / national and international cultural managers (heritage and identity, museums and collections, biennials, among others).

Residencies and projects for contemporary artists and artisans on learning platforms.

Scientific illustration courses based on visual communication and learning platforms from SECOS co-production.

In September-October 2021, the course “Illustrated Central Coast 2021: Online tutorial course of Marine Scientific Illustration of Central Chile” will be given, with professors Felipe Portilla (Marine Biologist from the University of Valparaíso, scientific illustrator), Fernanda Oyarzún (PhD in Biology, SECOS & UCSC associate researcher, scientific illustrator and sculptor) and Carolina Martínez (PhD in Geography, associate researcher at SECOS and director of the Costal Observatory).

In this course co-organized by SECOS, the Coastal Observatory and the Robsonella Project, we will explore methodologies and basic foundations of scientific illustration, applied to research that is carried out around the biodiversity of the social-ecological systems of the Central Coast of Chile.

Students will learn the fundamentals of contemporary scientific illustration and it’s role inside and outside the academy, in the study and communication of marine biodiversity in social-ecological systems. For this, the activities will be carried out in virtual form through classes / live meetings, demonstrations, recorded support videos, optional complementary field trips and personalized monitoring of individual projects for six weeks. 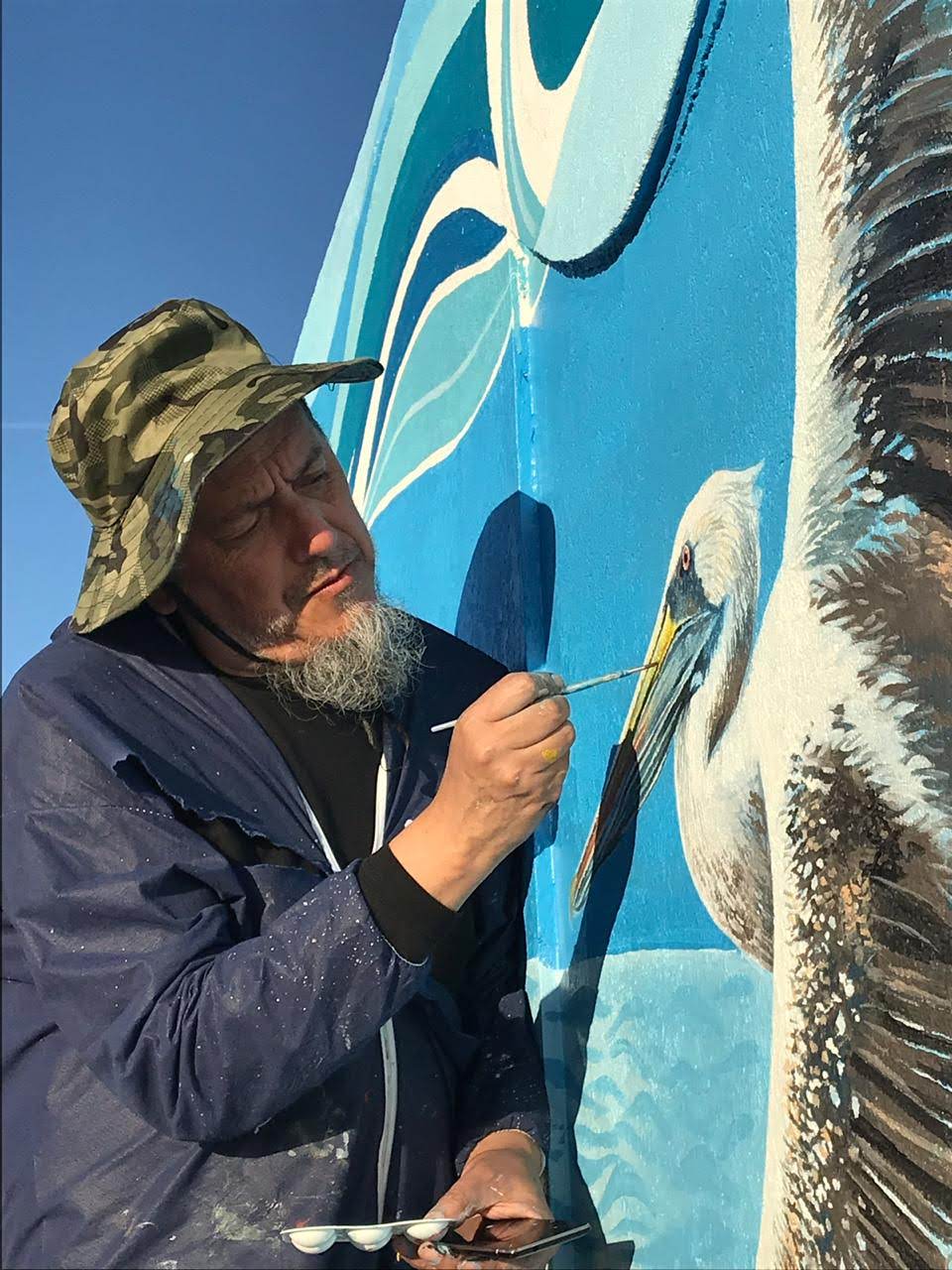 Illustrator and graphic designer. From the 90s to date, he has done numerous illustrations for publishers, scientists, individuals and companies in a wide range of techniques and themes. His approach has progressively moved into naturalistic and scientific illustration, as shown by his work done collaborating with institutions and NGOs such as WCS Wildlife Conservation Society, Conaf, Alianza Gato Andino, and the Núcleo Milenio MUSELS. At SECOS, he carries the artistic vision of the Muralism and Climate Change Adaptation Project, in a co-creative process that invites us to reimagine our environment together with the communities and their knowledge. Link: https://www.instagram.com/alonsolonchosalazar 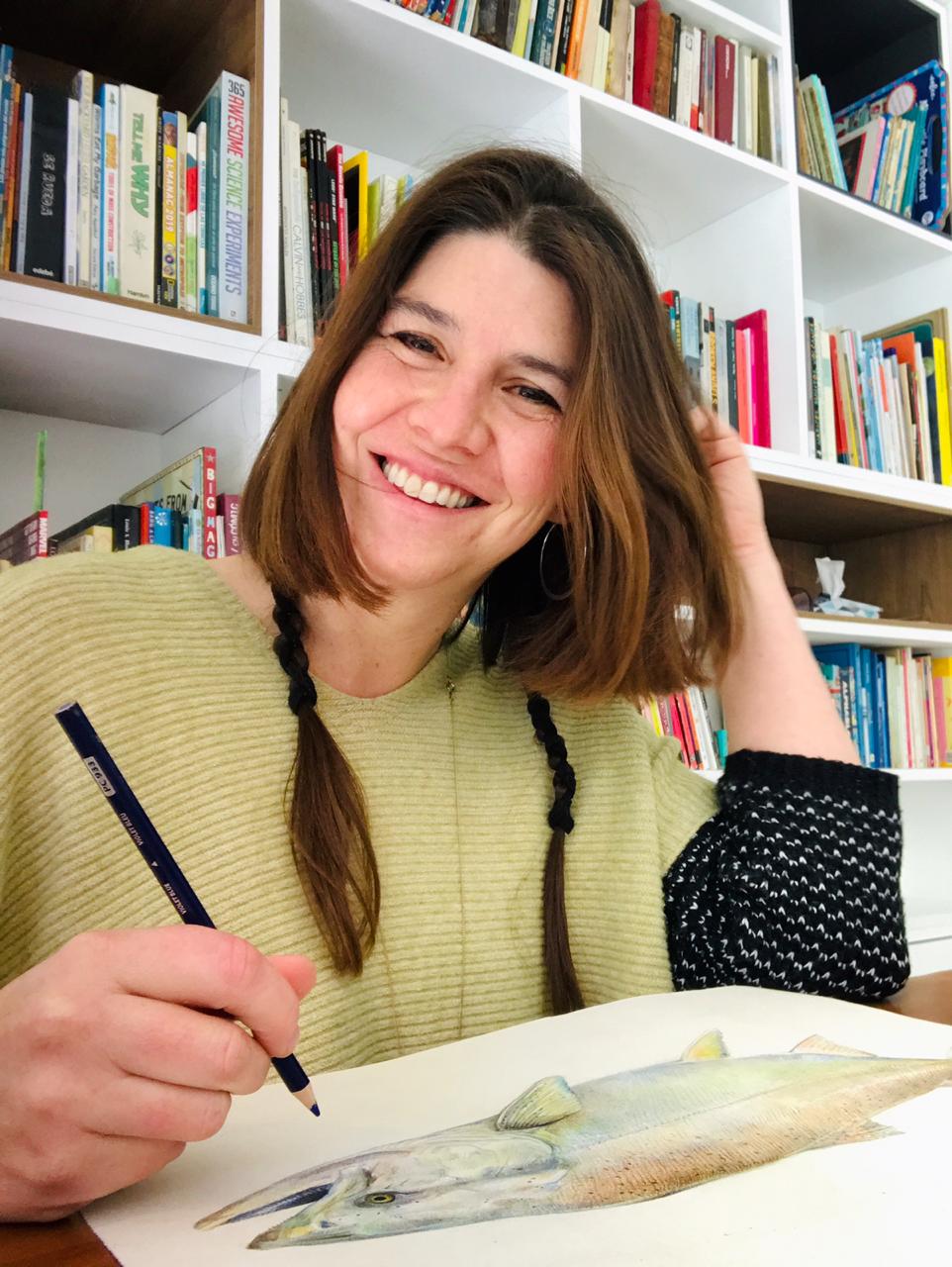 Freelance Designer and Illustrator. Among her works that she has written and illustrated are “Qkiss, love for sweets”, “Qking, the king of the kitchen”, “Game with voice I”, “Game with voice II”, and “Jubilee, Romance of the gardener ”. She is currently working on her own and collaborative projects, and at SECOS she is co-creating beautiful illustrations that contribute to our website, those that with their fresh lines tell us about these worlds within other worlds, the socio-ecological systems and the integrating gaze. Her website: http://www.drawfolio.com/portfolios/apizarroc

Scientific Illustrator and Marine Biologist from the Universidad de Valparaíso. Since 2018 he has been a teacher at the Arcos Professional Institute teaching Anatomical and Scientific Drawing, at the Academy of Scientific Illustration Illustraciencia (Spain), and the Diploma in Naturalistic Illustration from the Pontificia Universidad Católica de Chile. He is also co-creator and instructor of the Robsonella Project’s Marine Scientific Instruction Courses, which seek to bring scientific illustration closer to the communication needs of current marine research science. In SECOS, he will be co-instructor of the online tutorial course “Central Coast Illustrated 2021”.
https://www.instagram.com/bioilustra 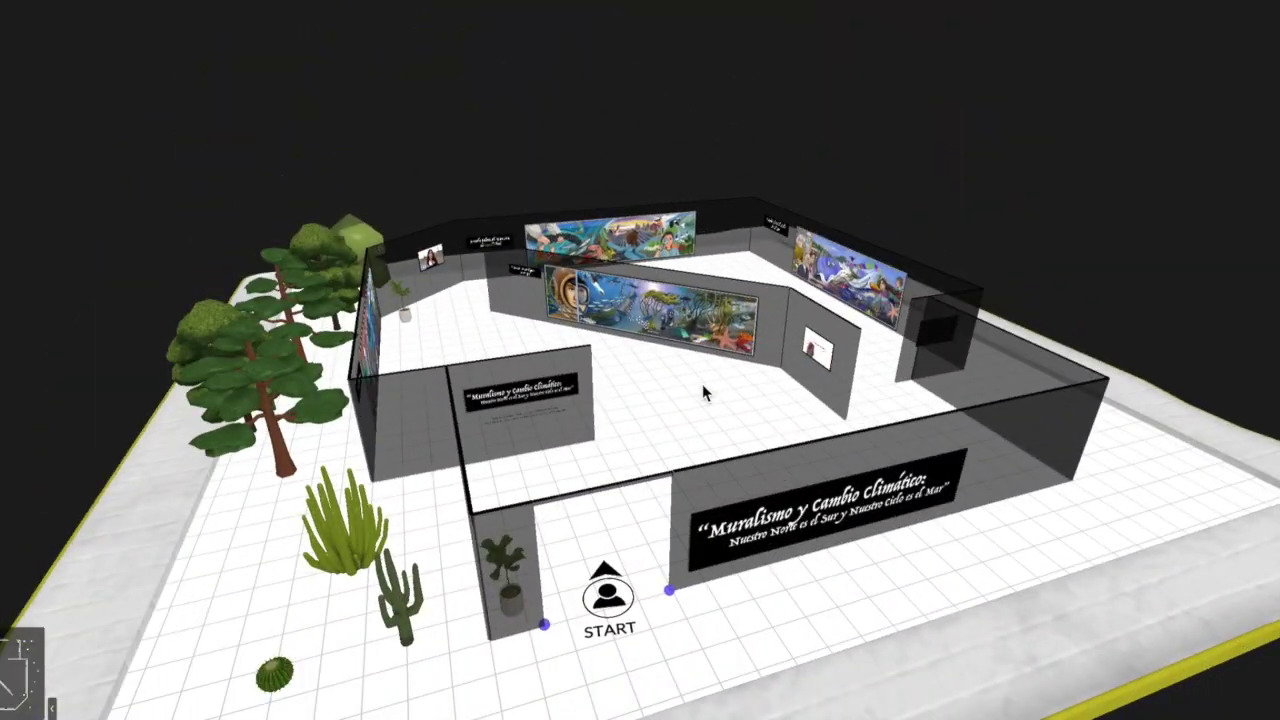 Interdisciplinary knowledge is formed in collaborative work interactions. Our SECOS researchers participate in a wide range of initiatives and are associated with various institutions and projects. For this reason, and to highlight the importance of the collaborative process, we present a space to share material co-created in SECOS, as well as to highlight material relevant to our vision created by other institutions and associated projects. We invite you to explore and share these creations.

One of the co-creative projects that we highlight is the Project of Projection to the External Environment (PME) of Art and Science “Muralism and Climate Change: Our North is the South and Our Sky is the sea” of the Millennium Nucleus MUSSELS. The project was based on the co-creation of murals on socio-ecological systems and adaptation to climate change, together with the communities of four coves in Chile: Tongoy (Coquimbo Region), Coliumo (Biobío Region), Caleta el Manzano and Hornopirén (Los Lagos Region).

At SECOS, we understand that knowledge flows and connects from science, practice and public policies, which through a co-production approach seek solutions that advance towards coastal sustainability. Thus, the co-produced knowledge has a central objective, to impact public policies and decision-making with evidence that supports a transition towards the sustainability of coastal socio-ecological systems.

In the public policy arena, we have set out to develop innovative ways to inform the decision-making process of the Executive and Legislative branches of government with knowledge. As a center we understand the importance of providing scientific knowledge produced in each socio-ecological system, which contributes to regulatory discussions through the role of “Honest Knowledge Broker”.